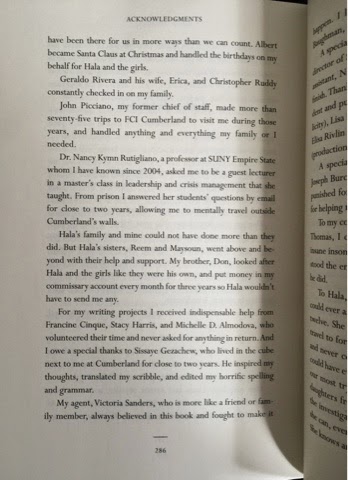 A family member of Bernard Kerik once warned me not to trust Bernie as he’s been known to use people to his benefit, then eject and ban those same friends from his life when their purpose in his life exhausted. I regret not taking that advice.
On page 286, in Bernard Kerik’s new fantasy novel, “From Jailer to Jailed,  felon on probation, Bernard Kerik, thanks his crony brother, Don, for “putting money in my commissary account every month for three years so Hala wouldn’t have to send (me) any”.

That’s sweet, Bernie, but, like a lot of “memories” in your “memoir”, it’s an omission, an exaggeration or an outright lie!
Does Hala still believe that crap you told her about going without in prison so the girls could have more? Did Don forget the many months he was having money troubles and I picked up the slack?

Well, Bernie, I suppose the $4556.00 I deposited in your commissary account over those years escaped your feeble mind as well as the twisted minds of your lawyer, book agent and publisher! I’m here. I exist, you bastard. You’re welcome, Bernie.