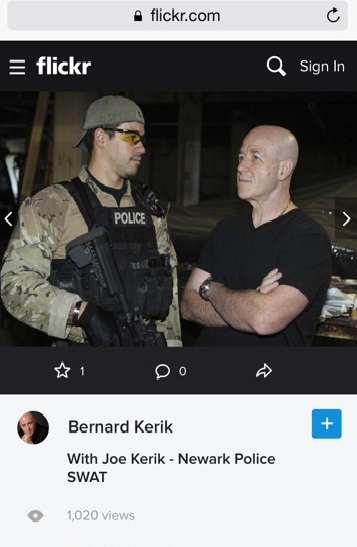 Felons on probation, both State and Federal probation, are generally not to be anywhere near guns…or does that depend on the quality of “supervision” and the exact felon being supervised?
The New York Post recently published article, ” ‘Soccer Mom Madam’ (Anna Gristina) may have violated probation by posing with a gun” (http://nypost.com/2015/07/11/soccer-mom-madam-violates-probation-by-posing-with-gun/). It’s also in the New York Daily News (http://www.nydailynews.com/new-york/soccer-mom-madam-violated-probation-report-article-1.2288692), local media (local media and other media sites posted on the internet. It was reported Ms. Gristina, a convicted felon on (New York State) probation was violated for allegedly missing a mental health evaluation and allegedly being shown in a photo posing with what appeared to be a weapon; both violations of her probation conditions. Well, lookie here….
What is also posted in public forums on the internet is a felon on FEDERAL probation “supervised release”, namely eight-time convicted felon Bernard Kerik, posing next to a high powered rifle allegedly belonging to his son, SWAT officer Joseph Kerik, during what was described as an active training of the (federally monitored) Newark NJ police SWAT team. The photo was tagged as taken on “September 13, 2013. If accurate, that would mean felon Bernard Kerik was still allegedly on HOUSE ARREST when this photo was taken? Really? (Felon Bernard Kerik was “released” from house arrest in October, 2013….)
However, felon on Federal “supervised release”, Bernard Kerik, freely and openly posts pics of his posing right near high powered rifles? Check out Bernard Kerik’s “Career” Flickr account here: https://www.flickr.com/photos/kerikscareer/10819691806
Here’s another pose of felon Bernard Kerik up close and personal with a high-powered rifle, allegedly from a similar Newark New Jersey SWAT drill (Fall of 2014) posted openly on the Internet by one of Bernie’s intimate **cough** NYC DOC Ladies’ facebook account of Maritza Rosado.
To the best of this blogger’s knowledge, felon Bernard Kerik suffered no probation violation for these bold and public postings seemingly violating probation terms.
It is also interesting to note the probation violating photo of Anna Gristina allegedly posing with a gun has not been published.
So it begs the question: Is felon Bernard Kerik (on Federal probation) getting a probation violation “pass” that ‘Soccer Mom Madam’ Anna Gristina (New York State probation) is denied? Is there a double-standard, a “pass”, unequal treatment or is New York State Probation just better at “supervising” their “non-violent felons? That may be a great question posed to the authorities allegedly “supervising” felon Bernie Kerik, the New York Southern District Federal Probation Authorities or the United States Probation Office is…wait for it…wait for it…Newark New Jersey!! No apparent conflict of interest or “pass” given here, right?