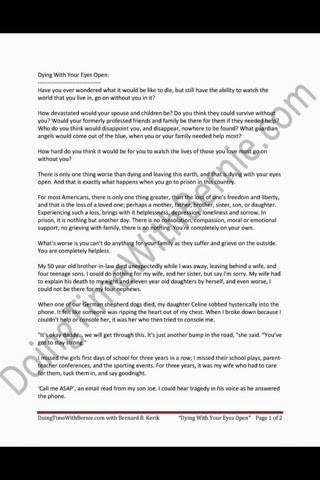 Felon Bernard Kerik and I wrote “Dying With your Eyes Open” while he was in prison. This is the original document on which this talking point is based. Unfortunately Bernie has been using my work, talking points and concepts for his own profit and/or media opportunities without proper credit, permission or compensation as co-author and editor in his book from “Jailer to Jailed” as well as in media promotional appearances as he did this morning on CNBC Squawk Box with Andrew Ross Sorkin.

Felon liar Bernard Kerik owes the United States government over $180,000.00 in criminal restitution. Shouldn’t CNBC “White Collar Convicts” leave the tea and sympathy infomercials for those repentant felons who have stop being a liar fraudster and who have paid their debt to society – literally?! As someone once said, “Brass Ones”….